Beastify the battlefield! Worlds collide when the Maximals and Predacons join the fight, coming together with the Autobots and Decepticons in an epic battle that will alter their destiny forever. Primal power floods the battlefield as the fierce beast modes of the Maximals and Predacons are unleashed! Unleash the primal power of the beasts! Kingdom collectible figures allow fans to beastify the battlefield with Beast Wars-era characters featuring detailed beast modes with animal-inspired skins and fur textures. (Each sold separately, subject to availability.) Introducing the Core Class figure scale! These 8.5-cm figures feature core Transformers characters, allowing fans to collect the mini versions their favourite characters! A great addition to any core character collection! Core Class figures convert to detailed beast modes or classic G1 Earth modes and come with classic weapons inspired by the Beasts Wars or G1 animation. Transformers and all related characters are trademarks of Hasbro. 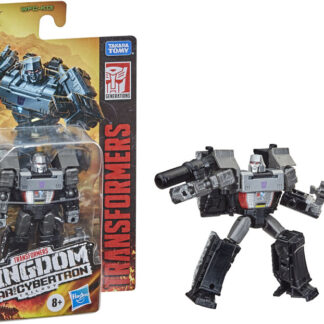