Only 1 left in stock

The Mikoyan-Gurevich MiG-15 was originally developed in the Soviet Union as an interceptor. First flew in December 1947. It began appearing in service in 1949 and by 1952 it had been provided to a number of Communist satellite nations, including North Korea where it was used extensively against United Nations forces. The MiG-15 was deployed against American Air Forces in December of 1950 in Korea. 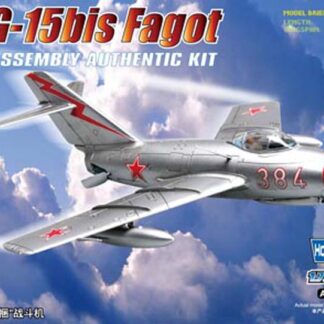